Despite corporate boards attempting to boost diversity, women only represent 6.6% of all Fortune 500 CEOs.The burning question is, why is this considering that women represent 47% of the workforce and more women earn a bachelor’s degree, a master’s degree, and doctoral degrees than men?

There still exists a gender wage gap in the US, where women earn an average of 79% for every dollar a man earns. Men still outearn women by 18% among new college graduates, and even if you adjust this statistic to account for the disparity of working in a different field, the gap still remains at 6%. Although these results are better than fifteen years ago, where the wage gap was 49%, there is significant room for improvement.

The interesting thing is that the top quartile of companies that embrace gender diversity are more likely to outperform the competition. This raises the question of, “Do women make better leaders than men?”

Women in Leadership and Management Roles

Women across the board have been in a management role for a long time, managing households, and doing it very well. They have had to manage household budgets, save when money is scarce, multi-task by handling household chores, and taking care of their children at the same time. That’s not all; some of these same women work full-time or part-time, adding to their managerial responsibilities. It’s no wonder women are seen as better managers having managed household resources efficiently.

Using their alpha-male characteristics, men tend to take a different approach to lead and manage others, taking a more direct approach. Women, on the other hand, tend to adopt a collaborative approach and bring people together.

What Stops Women Getting Leadership Roles?

Historically women have consistently been held back from progressing through top leadership roles due to a lack of suitable candidates. The biggest obstacle women face on their climb into leadership roles is something referred to by McKinsey’s Women in the Workplace Report 2019 as the ‘broken rung’ on the corporate ladder. People often talk about the “glass ceiling” and believe this only happens when women get near the top of the ladder when the broken rung appears much lower down on the ladder, the first step up into a management role.

Women have to overcome obstacles on the path to leadership that men don’t encounter. The common perception is that a leader means it should be a male, and as a result, more males tend to get selected and promoted into leadership roles. Young women are given signals throughout their lives; they don’t measure up. Females get called out for being bossy, whereas their male counterparts exhibiting the same behaviors are known to be assertive.

When it comes to women in leadership roles, recruiters and executive management need to be careful women are not hired to fill a “diversity Quota.”  Despite women being underrepresented at every level, an increasing number of companies are beginning to see the value that women in leadership positions bring to the table.

The Strategic Benefits of Women in Leadership Roles

Gender diversity at the board level incorporates good governance challenging the norm and brings different perspectives. With women on the board, it means the board is more capable of seeing risks differently and finding robust solutions to deal with risk. That’s because women approach risk differently from their male counterparts.

Dr. Alice Eagly, whose research on leadership and gender, demonstrates that women possess the leadership qualities associated with success, something those in the creative industries should be mindful of. They tend to be more transformational, more inspirational, and more ethical.

Women in leadership positions are more conscious of the benefits diversity brings to an organization. The diversity of thought leads to more significant business benefits and improved collaborative problem-solving abilities and teamwork.

– Sheryl Sandberg. The COO of Facebook and founder and board chair of Lean In asserts that “Because the world needs feminine and masculine traits to solve problems of the world. The world needs women to lead more than ever to economically thrive and become more sustainable and peaceful.”

Women and Leadership in Creative Industries

Although many organizations embrace the reality that women in leadership roles bring significant benefits and invaluable insights, the creative industries still struggle to bring more women into leadership positions. For example, women working in the film and television industry are hugely underrepresented in creative roles. They are generally excluded from being hired as cinematographers, writers, directors, and hired instead in backstage jobs such as wardrobe, hair, and makeup.

While the fashion industry isn’t an area where women aren’t overlooked, studies have found that women are also overrepresented at lower levels in the advertising industry, where they tend to be hired as copywriters and art directors. Women are rarely seen to occupy roles supervising creative work.  Imagine the impact of having more creative women in leadership roles in sales, marketing, and advertising when 85% of women make all purchasing decisions.

Women in these lower-level roles tend to fare worse in employment terms and conditions, leading to lower pay rates. Not only is there a gender pay gap, but there’s also a gender opportunity gap. It’s well known that men are offered more opportunities to advance their careers, leading to higher-paying leadership positions in the creative industries.

One thing that could bridge the gender disparity in the creative industries is mentorship. All leaders benefit from having a mentor, and you are more likely to find women mentoring other women. Of course, the upside is that as women progress to higher-level positions of leadership, they become role models for aspiring female leaders.

Promoting Women Into Leadership Roles is More Important Than Ever

For creative industries to thrive, they require leaders who possess a diverse range of skills, perspectives and experiences. Women naturally excel at soft skills that prove to be a competitive advantage for teamwork, emotional intelligence, self-awareness and conflict management are all core competencies of exceptional leaders.

With more women in leadership positions, creative industries will translate into better decision making, more significant innovation, and increased productivity, all of which naturally leads to increased employee satisfaction and higher employee retention. Studies suggest that organizations in creative fields that embrace diversity and women in leadership roles achieve more significant outcomes and are more profitable.

Leadership is less about intellect and skill; it’s more about balancing physical, emotional, and spiritual strength, traits women exude in abundance. When given the right opportunities and support, women tend to become unique leaders. They are known to put gender issues aside when doing the job, are better listeners, and focus on personal growth. They strengthen an organization rather than doing things the same old way, for they bring a fresh perspective of leadership to the table. Women who are naturally more visionary and collaborative, aren’t afraid to seek others’ opinions regarding decisions. Slower to act, they are more considered in assessing the risks; therefore, make better decisions.

It’s one thing to hire or promote women into more leadership roles; this decision must be supported by establishing an inclusive culture. Deloitte’s research identifies a basic formula for success; Diversity + Inclusion = Better Business Outcomes. Diversity in the workplace generates better debates, better risk management, better strategy, and ultimately better outcomes. Female leaders develop high performing teams where inclusion is non-negotiable and diversity of thinking flourishes. Women bring people together, and when they are treated as equals and with respect, they naturally feel valued, becoming more productive.

Interestingly, women can be their own worst enemy as they are more tentative when promoting themselves into leadership roles even if they are equally qualified and experienced. Women feel they need to have 100% of the skills and knowledge required to do the job, whereas men will take the plunge and are confident they will learn on the job.

Creating more leadership opportunities for women in the creative industries means creating a more inclusive culture whereby corporate leadership uses its resources to maximize their organizational potential.  With an increased focus on education and experience, women in the creative industries stand a greater chance of being offered roles based on the market rate, not historical salaries, which reward women for outcomes instead of hours worked.

To bridge this gap, leaders currently working in a creative field need to acknowledge the leadership qualities, strengths, and contributions women make in the workforce. Providing women with equal opportunities to excel in their careers means providing them with the training resources necessary for them to succeed in a leadership role. 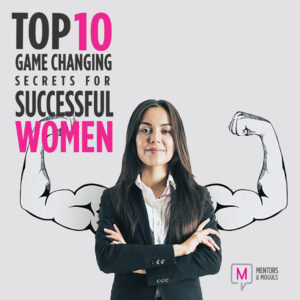